Due to the high end-of-year demand order deliveries are currently delayed. Please see our Discord /#lead-times for the latest info.

Get your special piece of aviation history and a special part of DHL history now!

This item ships from our HQ in Hannover, Germany with DHL Express.

SKU: 0049 Category: Tags
The Boeing 757-200 was delivered to British Airways in Renton in 1986 with the manufacturer serial number (MSN) 23492 and line number 89, originally as a passenger aircraft. BA christened it “Belvoir Castle” and registered it as G-BIKW.In 2001, British Airways retired the Boeing from its fleet and in 2003, European Air Transport converted it into a purely cargo aircraft with the registration OO-DPK. As of then it flew as “operated for” DHL.

In 2010 it was re-assigned to ETA Leipzig and given its German registration: D-ALEH. Shortly before the end of 2018, the Boeing 757-200F was decommissioned and parked in Castellon, Spain. This year, it was finally upcycled by Aviationtag into a special anniversary edition celebrating 50 years of DHL.

Please note: Every tag is unique. Depending on the plane, tags may vary in terms of haptics, material thickness and colour. Small blemishes bear witness to the plane’s long history and are an authentic reminder of its glory days over the clouds. Small scratches, flaky paint and imperfections are totally normal and give our Aviationtags their unique charm – the charm of a vintage product crafted from upcycled materials. These quirks are not the result of the production process, they simply reflect the state of the aircraft material we use when it was extracted. 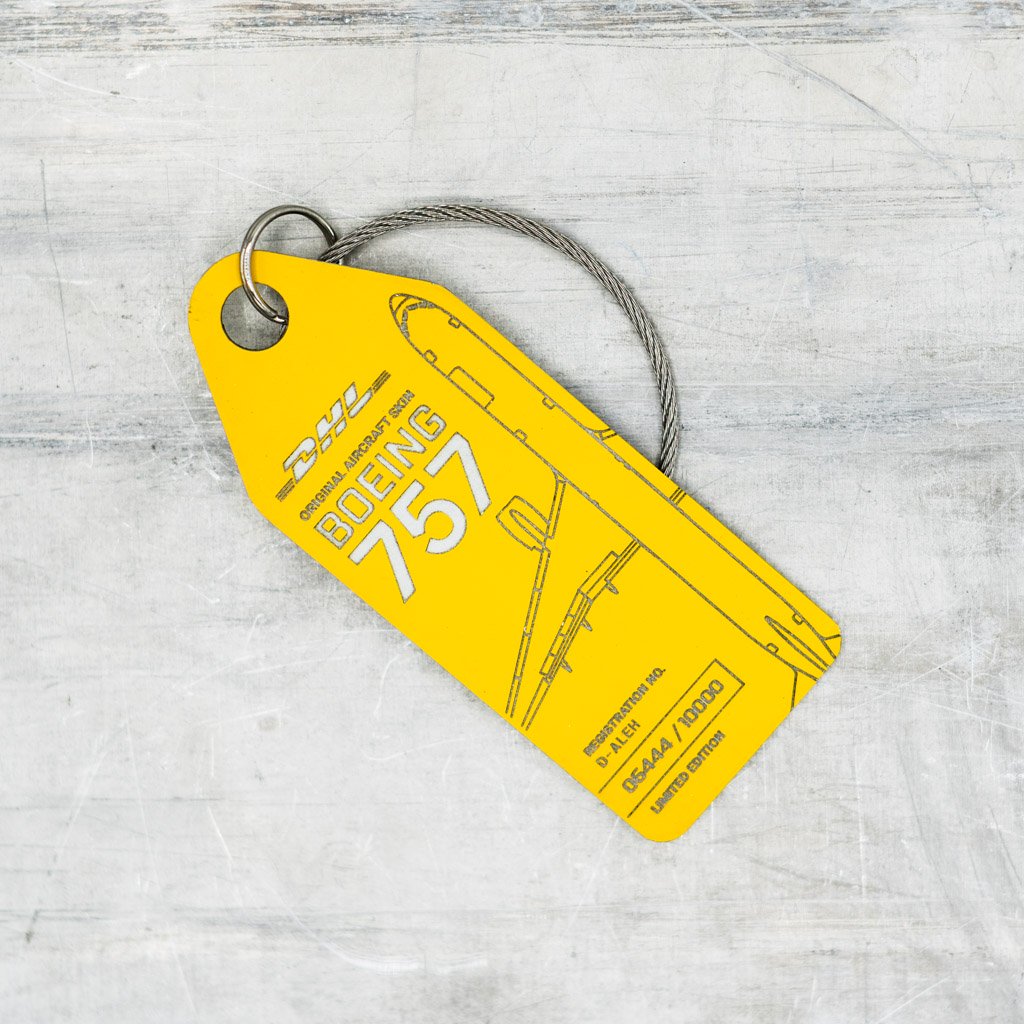 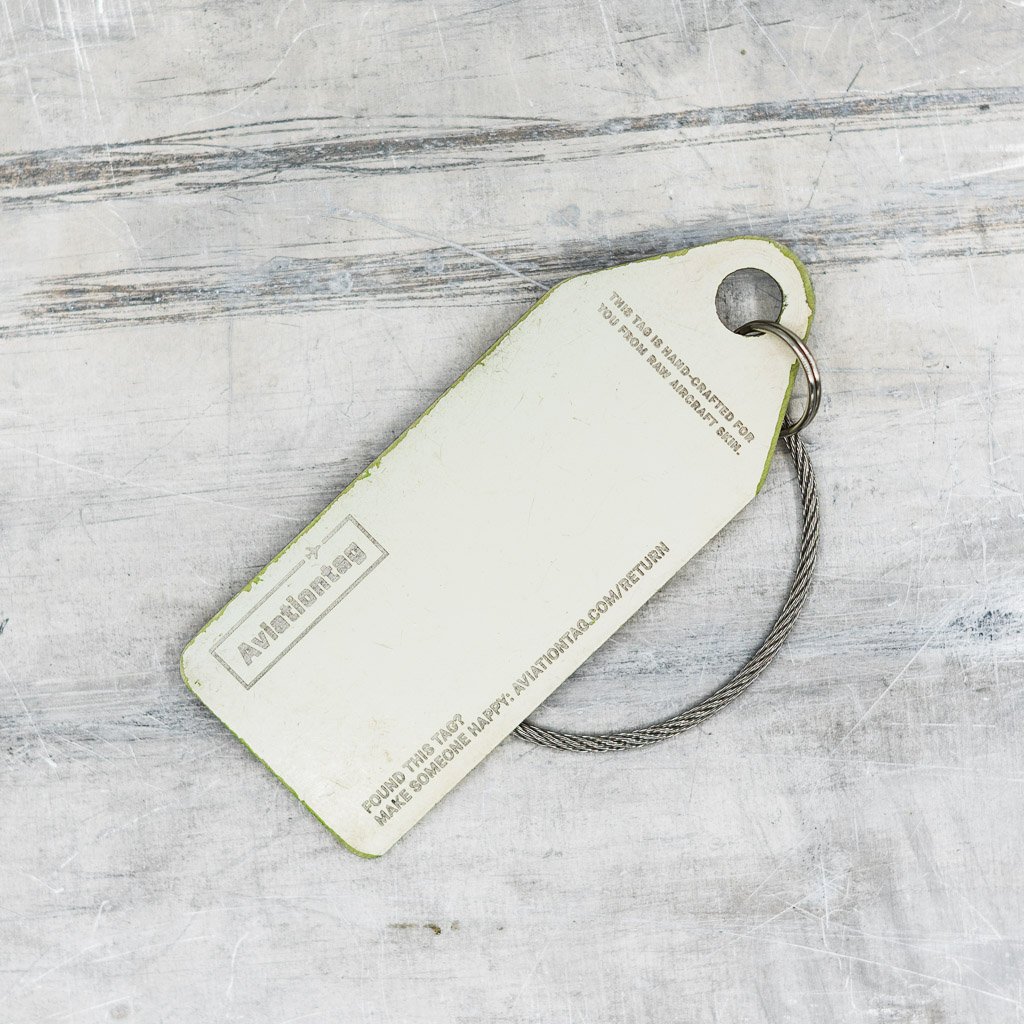 The Boeing 757 is a twin-engine airliner originally built for medium-haul flights, but which was then repurposed for long-haul flights over the years. Production of the 757 ended in 2004 after the 1,050th plane. 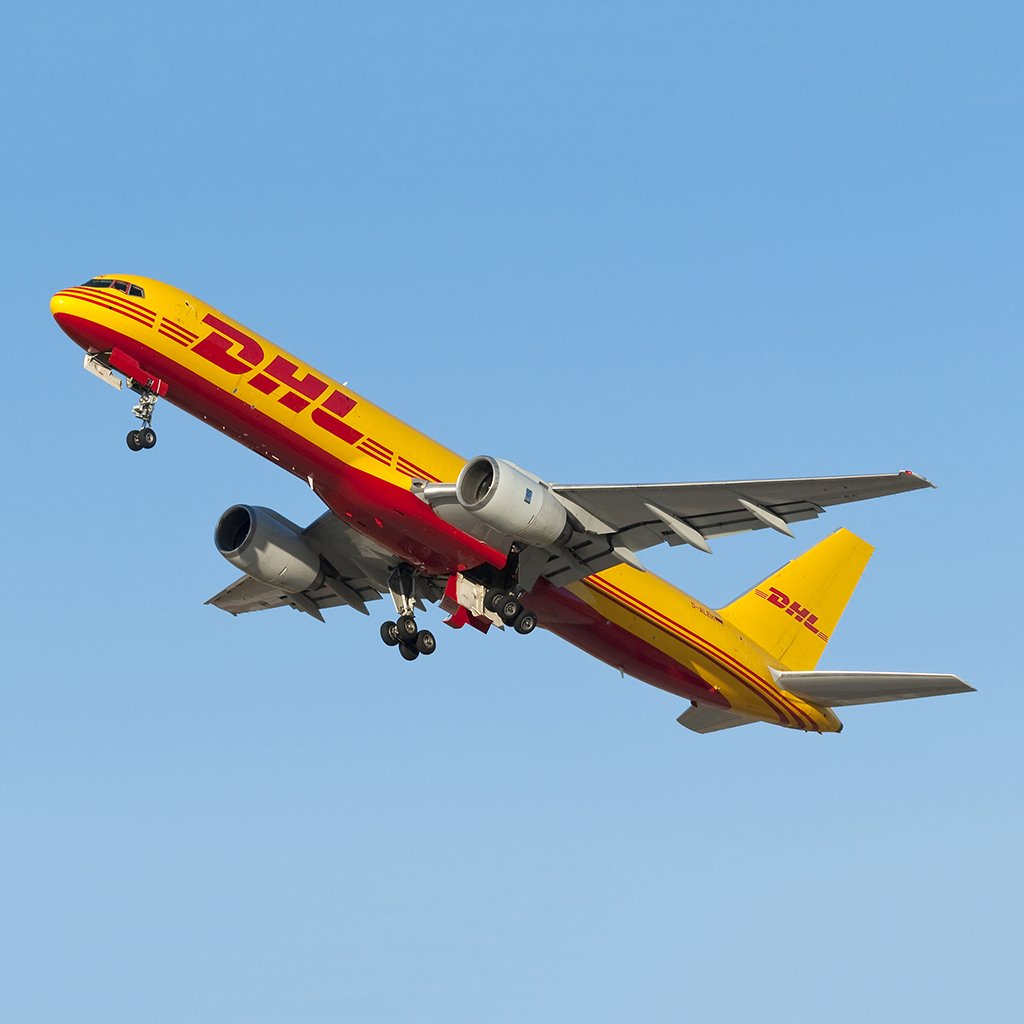 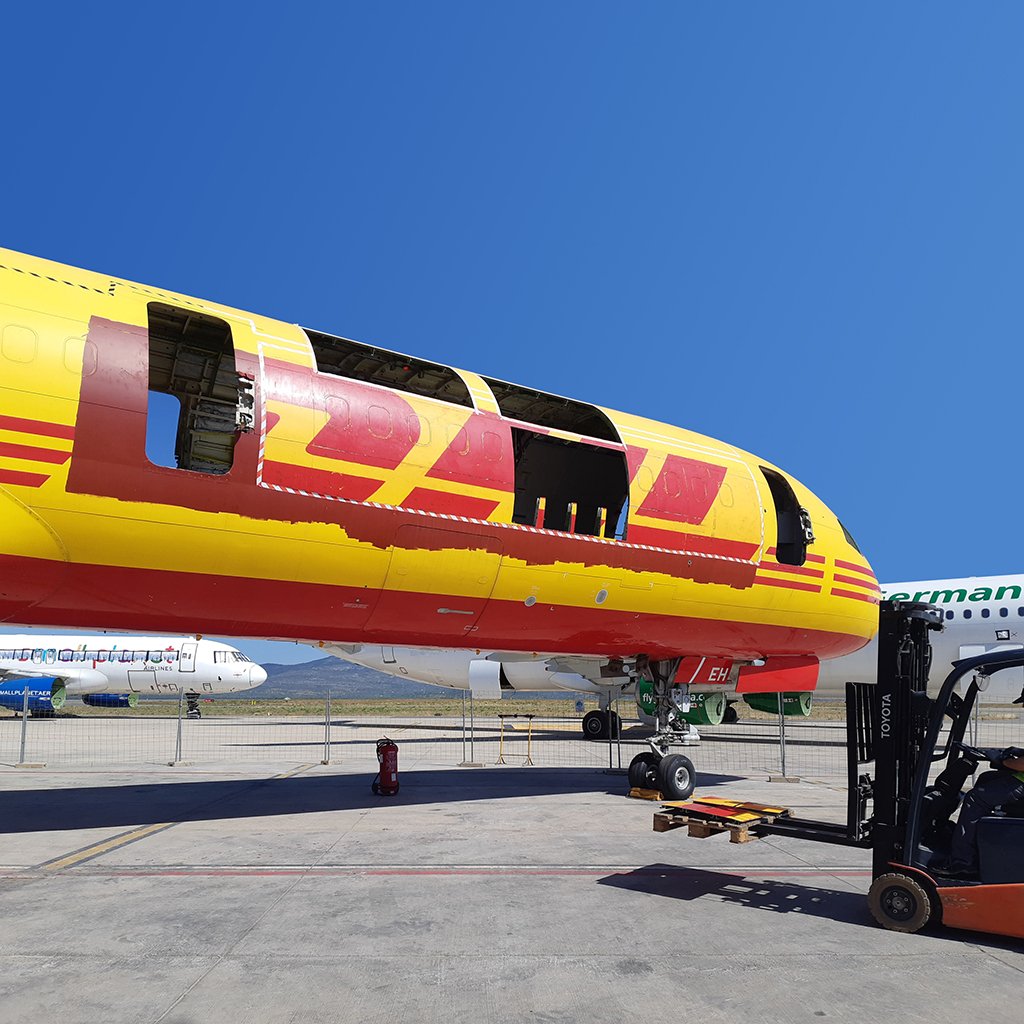 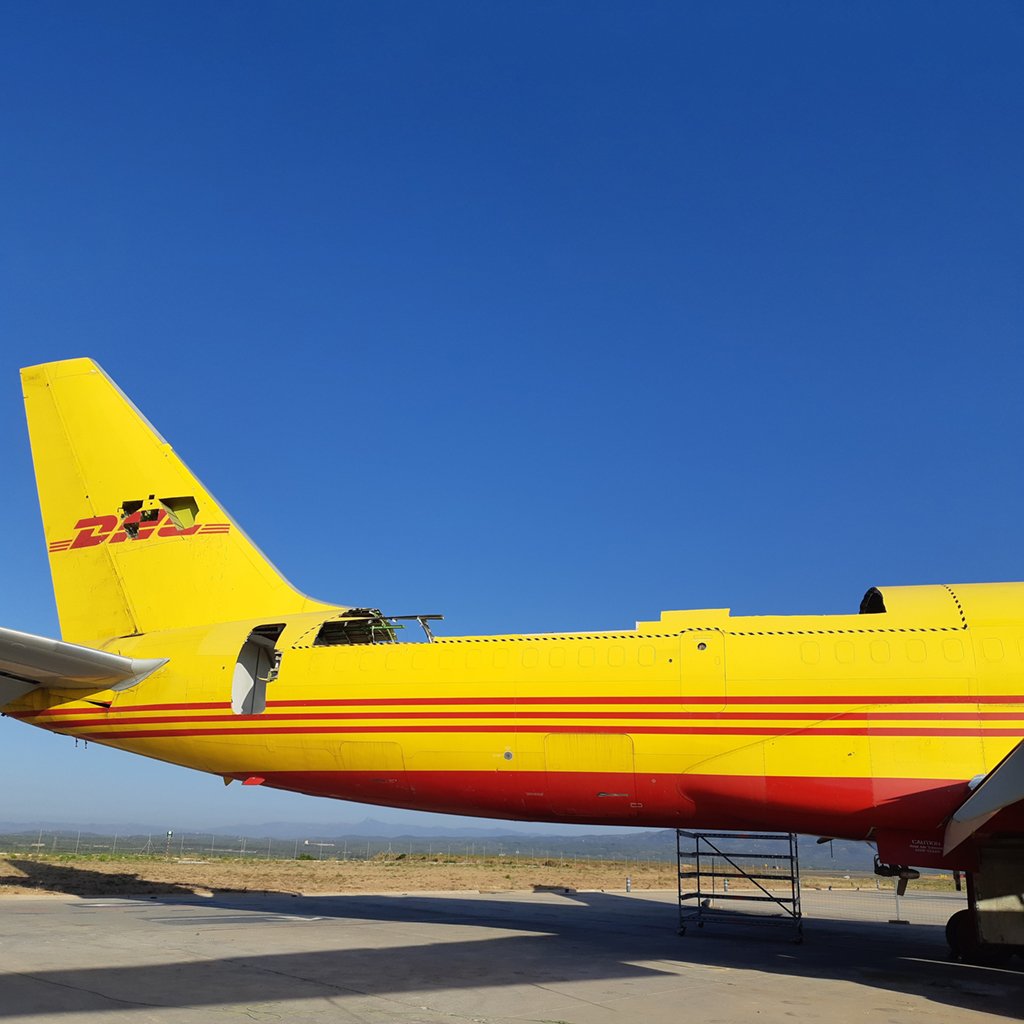 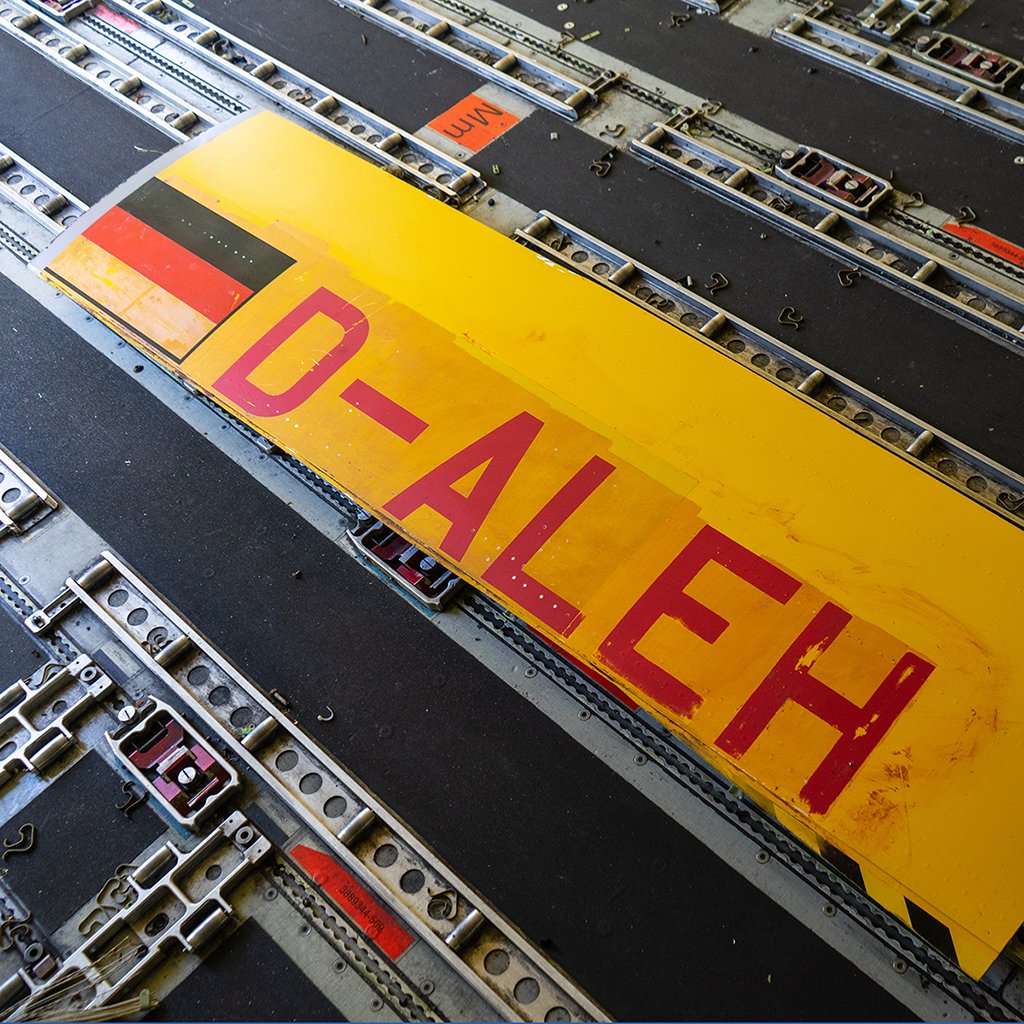 Designed & crafted
in Germany by Aviationtag.